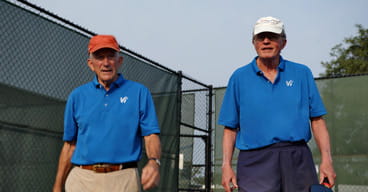 Pickleball is one of America’s fastest-growing sports, and Vi at The Glen neighbors Gil Haggart and Jim Good are doing their part to contribute to its booming popularity. Naturally, recruiting new players to pickleball begins with explaining what it is. 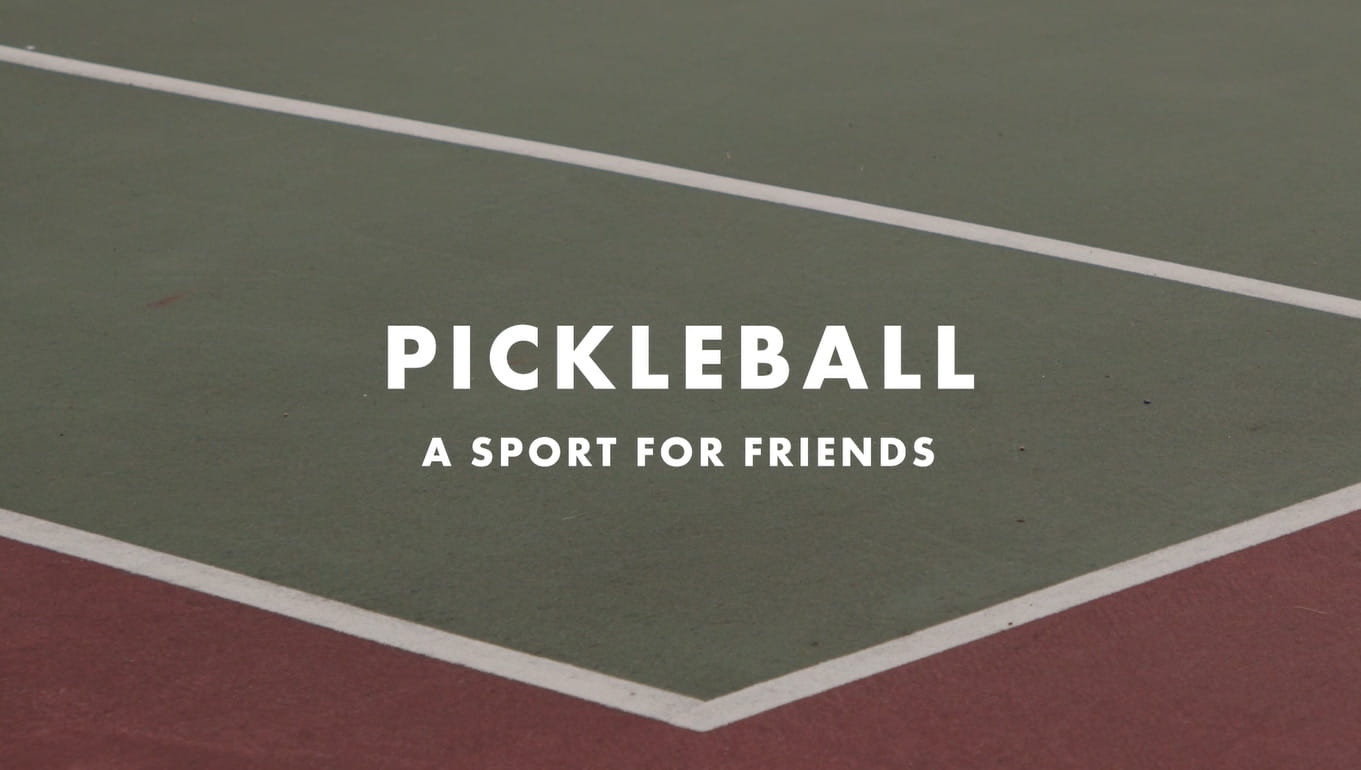 “Pickleball is a game usually played two on two, on a court that is one quarter the size of a tennis court,” Jim explained. “The serve is underhand, and you mostly wanna stay out of ‘the kitchen,’ which is a line seven feet from the net. But the excitement, the fun, is you're playing with a whiffle ball, and that ball can go anywhere in the wind.”

If it sounds like a game liable to offer a decent workout as well as  unpredictable volleys and more than a few laughs, well, that’s exactly what it is.

“You get a little exercise, a little sweat, and it’s a lot of fun,” Jim said. “Everybody has a good time, and you can make some silly mistakes. Everybody laughs at everybody.”

Gil is the “self-appointed commissioner” of a group of pickleballers who gather all summer long, two mornings a week, on park district courts a 10-minute drive from Vi. In the winter, play moves to indoor courts that are also just a few minutes away.

“The average age range is 70 to 85,” Gil said. “We’ve been doing this three or four years, and I look forward to it every week. It’s a great time.”

Though Gil and Jim are currently the only Vi residents in the group, they’re working to change that, inviting their Vi neighbors, including newcomers to the community, to join in. In the process, they let them know what an easy game it is to pick up and get hooked on.

Gil said, “Once we get two or three people from the Vi and they get other people... I think it's like dominoes. It's got a possibility of really taking off.”

Jim and Gil knew each other in passing from years in the insurance business. But it was their shared enthusiasm for pickleball and being neighbors at Vi—Sandy and Gil Haggart live two floors directly above Ann and Jim Good—that became the basis for a real friendship.

“I don’t know how we started talking, but we did,” Gil said, “and then we decided we should introduce our wives. Now the wives are probably better friends than we are.”

“They’re such good friends,” Jim laughed, “that if we go away to Michigan, Sandy will water out the third floor and hit Ann’s flowers on the first floor.”

Camaraderie on the court and in the community

The friendships that form so easily on the pickleball court are a perfect match for what the Haggarts and Goods have experienced since moving to Vi.

“It’s been very easy to meet a lot of people here,” said Jim, who moved to Vi with Ann in April 2020. “Just walking up and down the hall, everybody’s smiling and very, very friendly.”

The Haggarts’ full-time move to Vi was delayed by two months in early 2020, while they waited to sell their home. In the meantime, Sandy and Gil discovered the perfect transition.

“We came here for meals and and met all kinds of new people,” recalled Gil, “Now we try to have dinner with as many different people as possible, and we've met many, many new friends just through that.” Learn more about dining at Vi at The Glen.

Asked to characterize his life at Vi, Gil describes it much as he might describe the joy of playing pickleball with friends old and new.

“It’s been a fantastic experience.”

There’s something for everyone at Vi at The Glen. See what else is happening at the community.